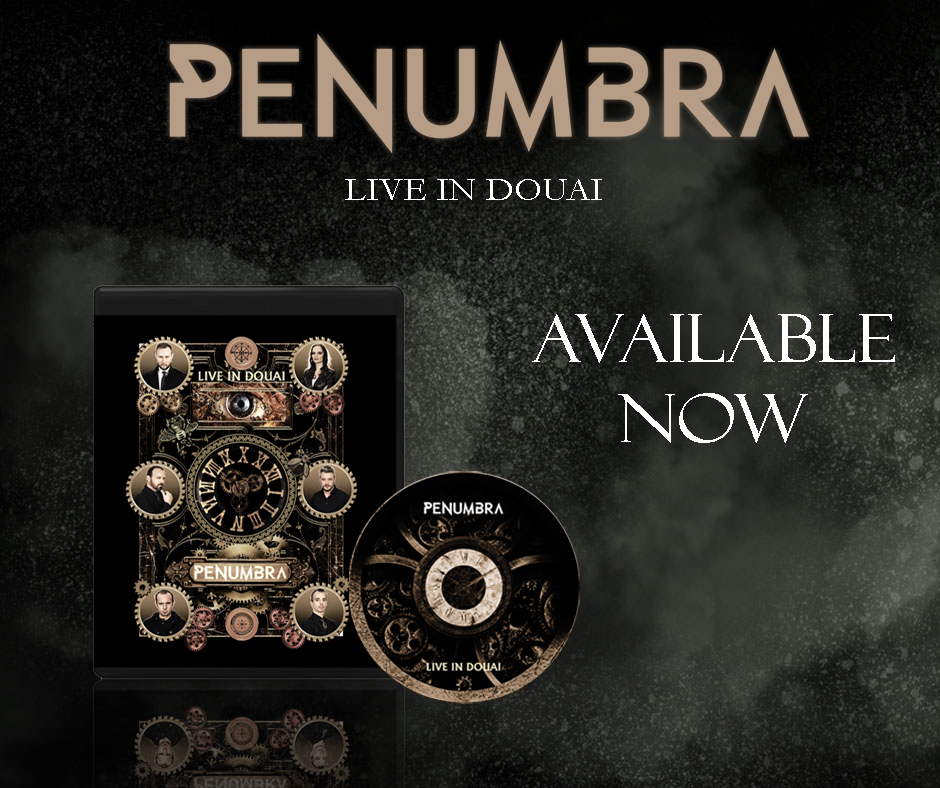 For the very first time in its history, Penumbra presents its HD Blu-ray.

Intimate testimony of its concert in Douai, Penumbra offers a video souvenir of its live performances to its fans to immortalize its return on stage after a few years of absence, in a concentrate of the best titles of the band.

A moment strong in emotions which reconnects the group to its public which waited for it since a long time.

Discover in this exclusive signed limited edition (100 copies only), a high definition image quality that highlights the video and media effects used on stage during this concert.

On sale on our e-shop